Since getting acquired by AmerisourceBergen, AllyDVM has fallen behind as an innovative solution, and they haven’t shipped new features in quite some time. Chckup is the AllyDVM alternative that makes scheduling and client interaction quick and easy instead of a nuisance. 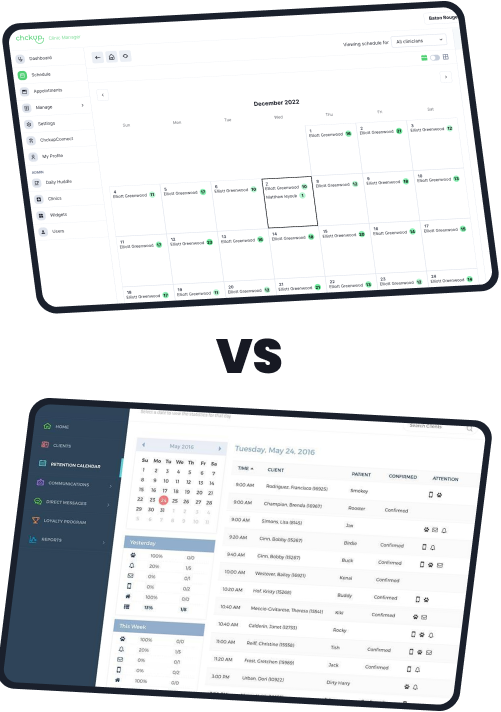 AllyDVM was a great start. Chckup picks up where it left off.

It’s been roughly four years since AmerisourceBergen acquired AllyDVM. Not much has changed since then, but that’s also part of the problem. They’re slow to roll out improvements (if at all).

Who wants to use a product that doesn’t innovate? Even though Chckup wasn’t even around when AllyDVM was acquired, we’re already running laps around them. New features are released weekly, you can get support directly from the founders, and it goes above and beyond where AllyDVM left off.

Lots of time spent back-and-forth between practice and clients

A beautiful, interactive, interface that allows both clinics and clients to instantly pick the time that works best for them.

No need to go back-and-forth on what times work best for both practice and client.

Tailor your clinic's availability the way you want. Based on doctor availability, service type, patient type, or a specific day.

Chckup's full integration allows us to read AND write back into your veterinary PIMS.

No longer will your clients have to fill out the same forms every time they visit. We save their info and prefill it for returning appointments.

Want to know how your clinic is performing based on your goals? Chckup pulls all your important practice metrics and displays action steps for you to execute on.

Besides our morning huddle software, Chckup pulls all the info you need to run your practice and displays it in an easy-to-read manner.

Are you ready to get started? Reach out!

With Chckup, your patients can see all your open availabilities and pick the time that works best for them without needing to talk to the front desk.

With AllyDVM, your patients and front desk staff have to go back-and-forth just to make an appointment. 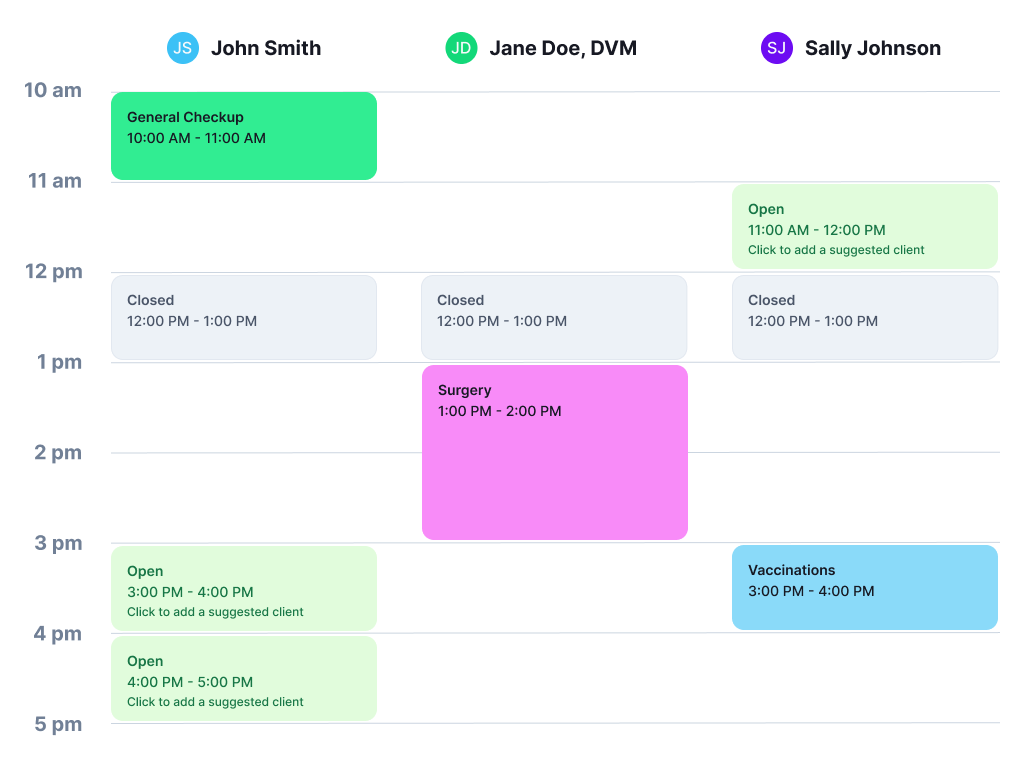 With Chckup, you can you see all your appointment and practice metrics, as well as action steps on how you can improve your veterinary practice.

With AllyDVM, you are limited in the number of metrics you can track. 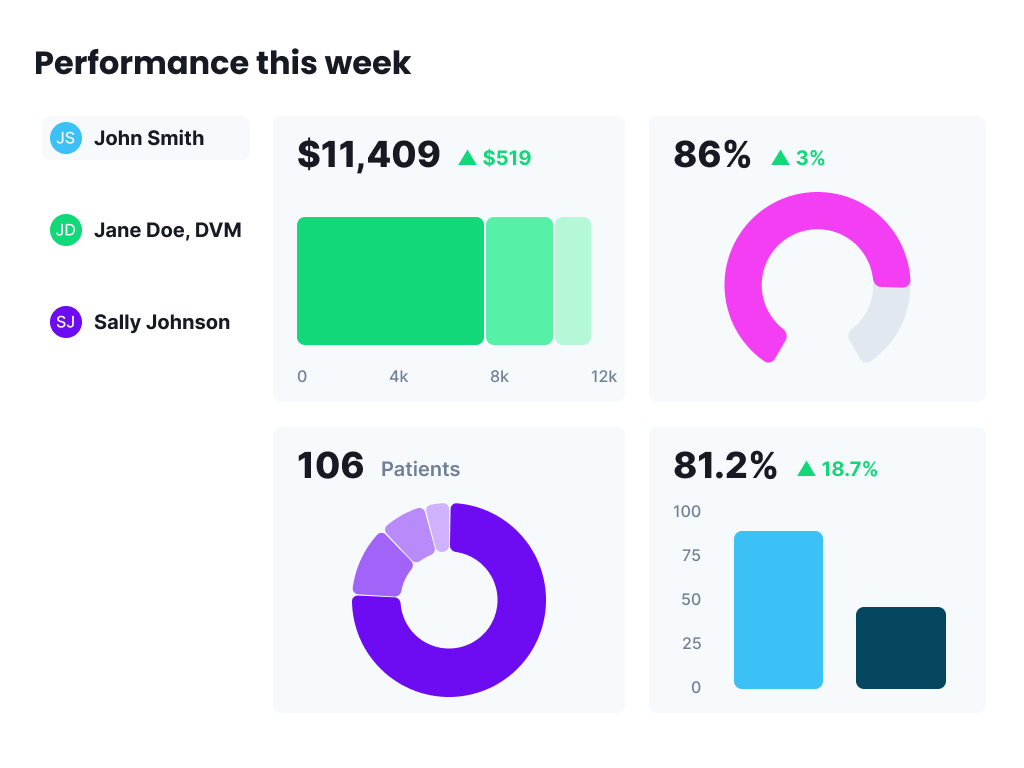 With Chckup, you can fully integrate (read & write) into your PIMS software.

With AllyDVM, you're limited on your integration ability. 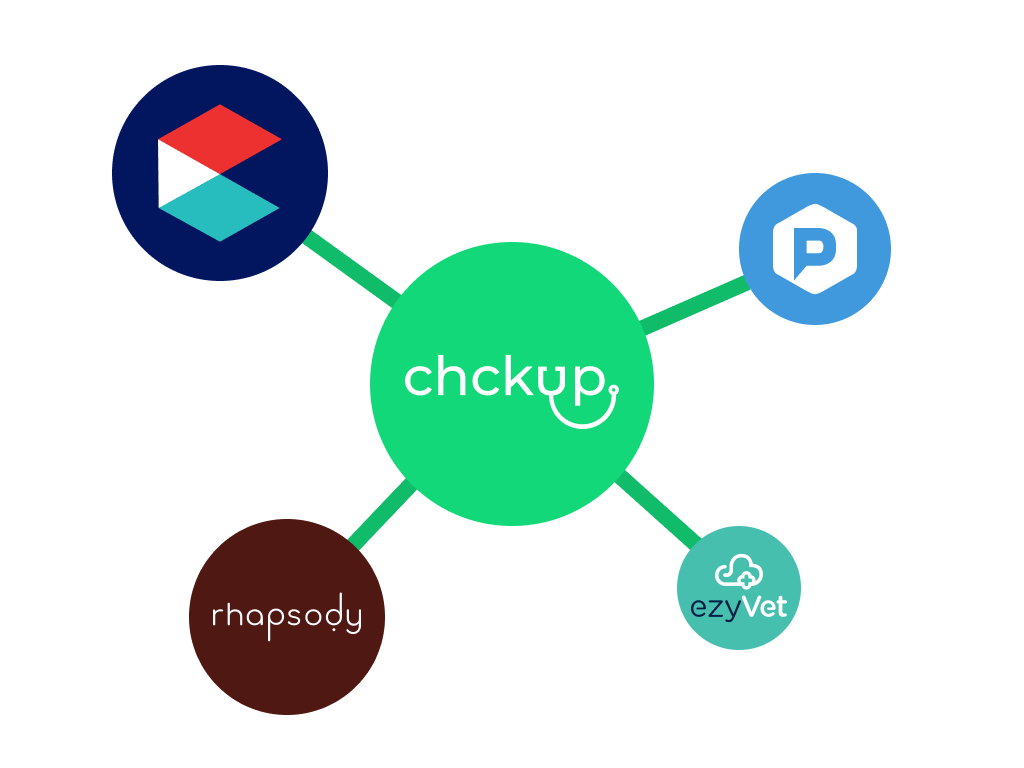 With AllyDVM, you can send automated emails, texts, and push notifications to your patients to remind them of their appointments. You are also able to interact with your clients via AllyDVM's 2-way texting feature. 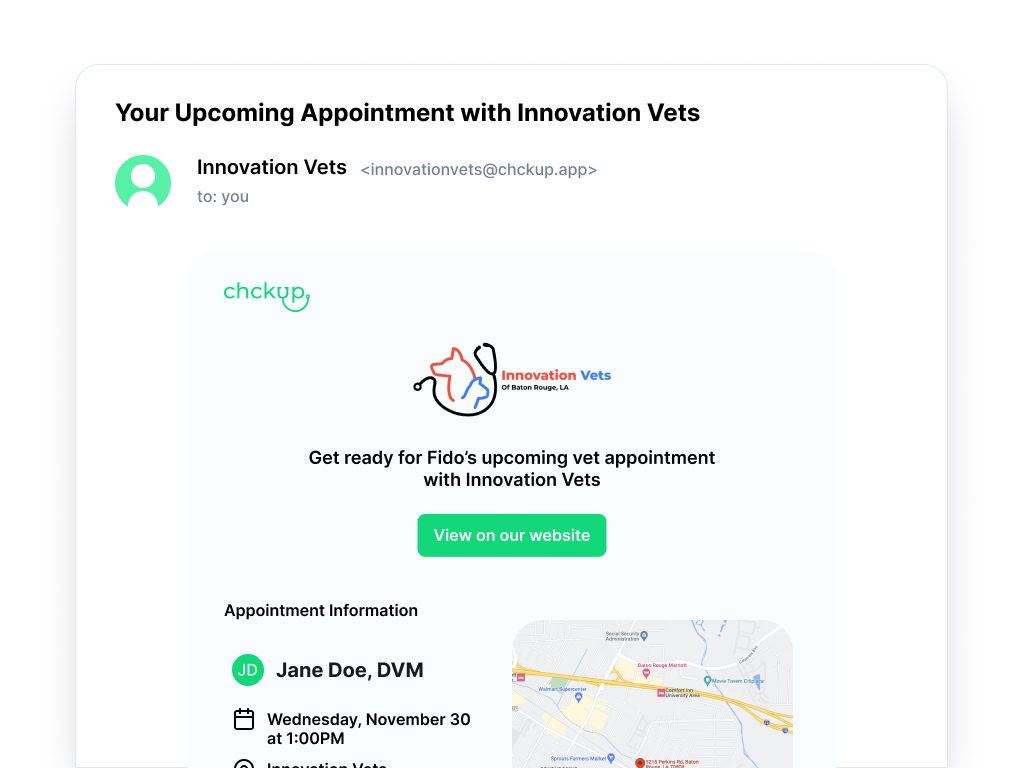 With Chckup, your clients are able to request prescription refills, pay for them, and schedule when to pick them up from your practice.

With AllyDVM, you have limited prescription request functionality. 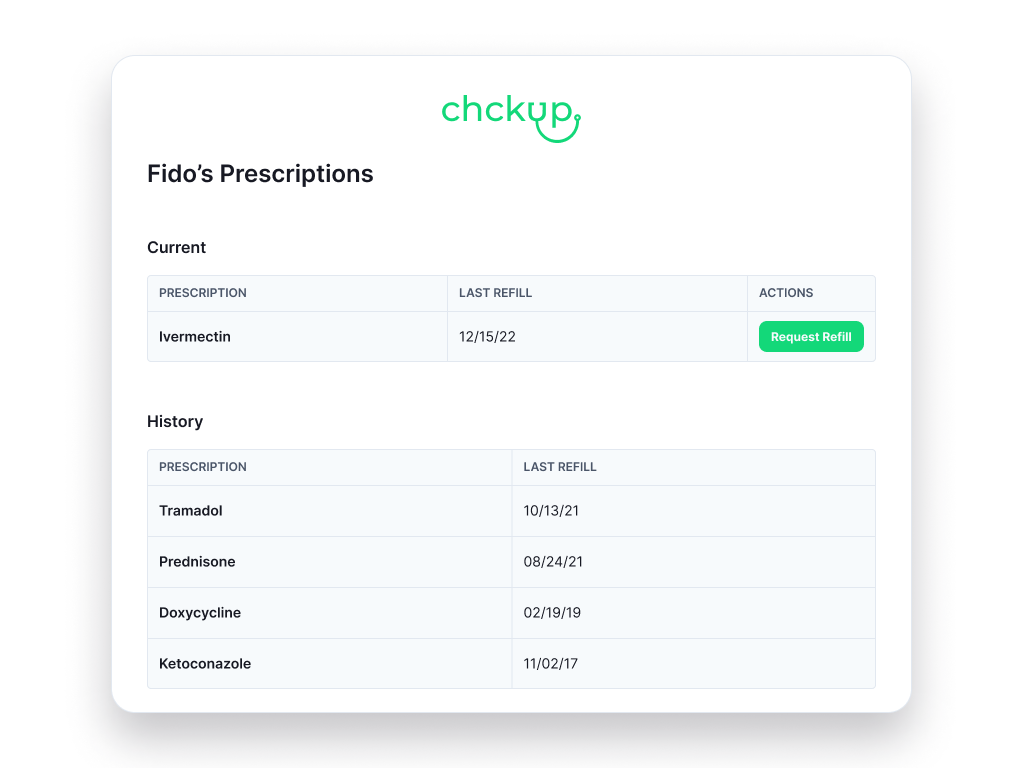 With Chckup, you can store your patients' medical records, send them a reminder to update their records, and easily send and receive records from other clinics using Chckup.

With AllyDVM, your clients only have access to select medical information. 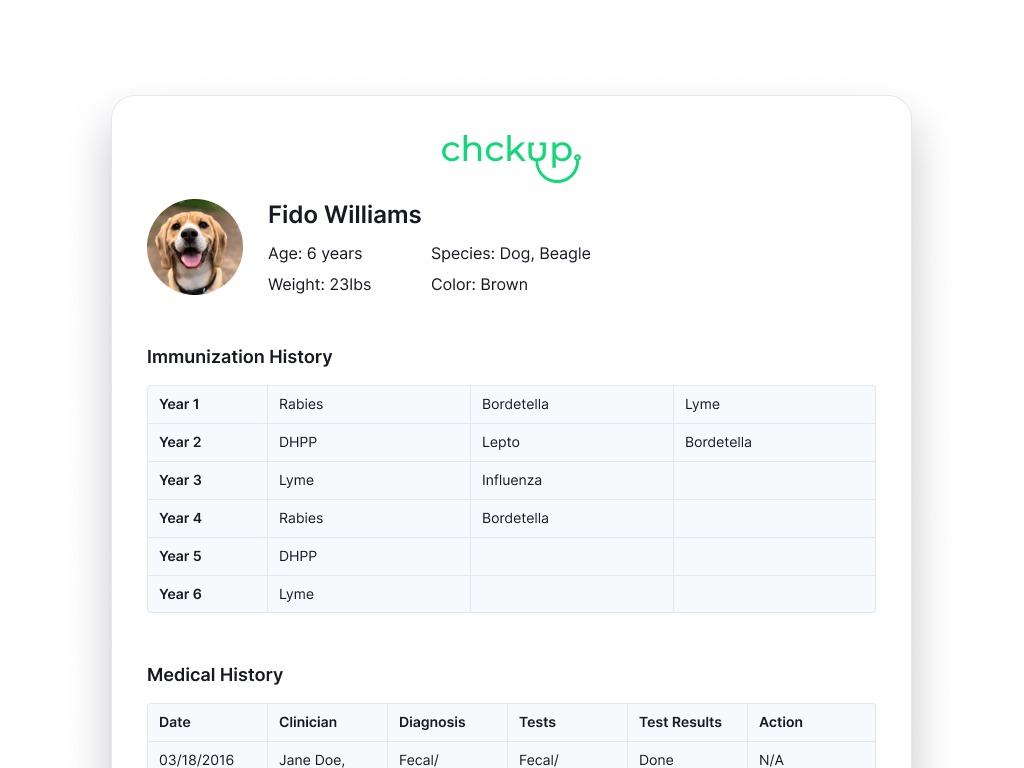 With Chckup, you can accept payments from your clients when they're scheduling appointments (prepaid services like boarding & grooming or deposits for surgeries or no-show fees). You also can automatically send clients reminders to pay their bills after appointments.

With AllyDVM, you are unable to accept payments. 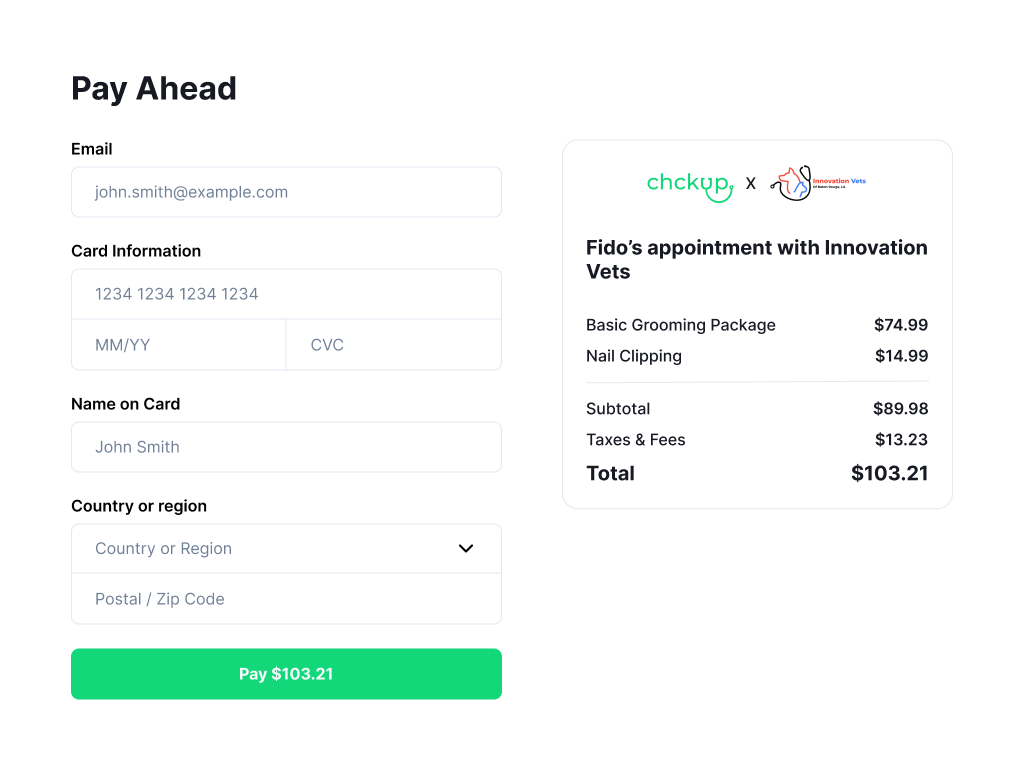 With AllyDVM, you can send automated emails, texts, push notifications, and post cards to your clients to remind them of their appointments. You can also send customized reminders and marketing material to clients to schedule appointments. AllyDVM also offers a loyalty program to help retain your clients. 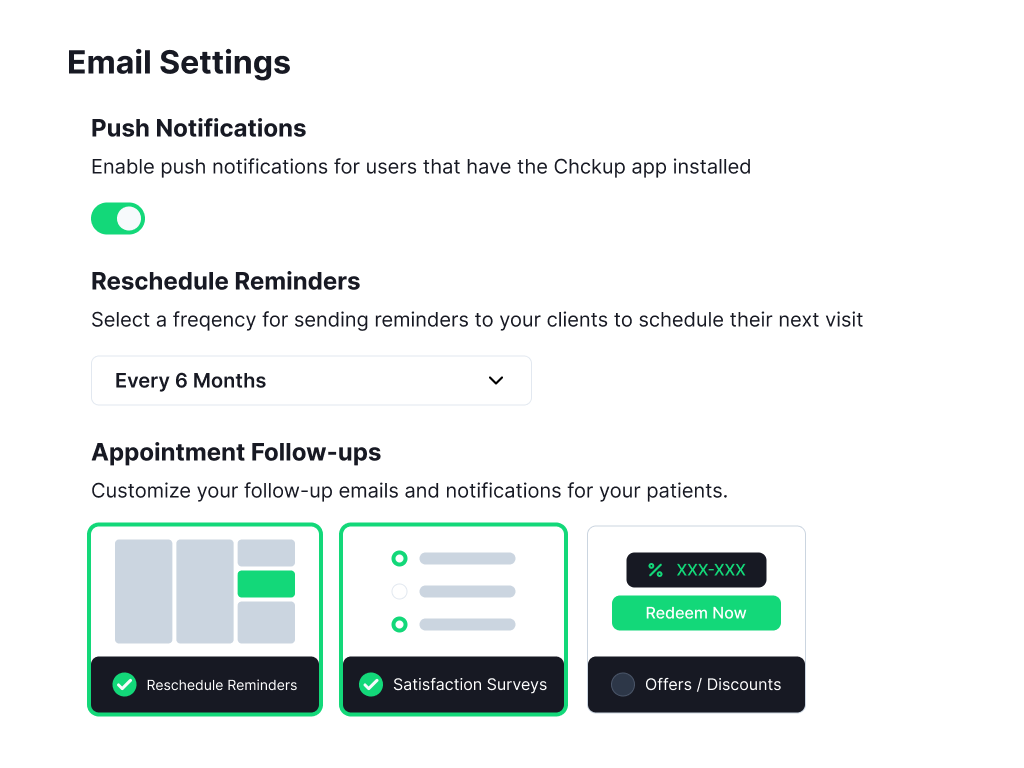 With Chckup, we strive to make using our platform as user-friendly as possible. We are constantly working with veterinary practices, pet owners, and designers on how we can make Chckup super easy to use.

With AllyDVM, you are only doing the bare minimum to improve the client experience and lives of your clinic staff. 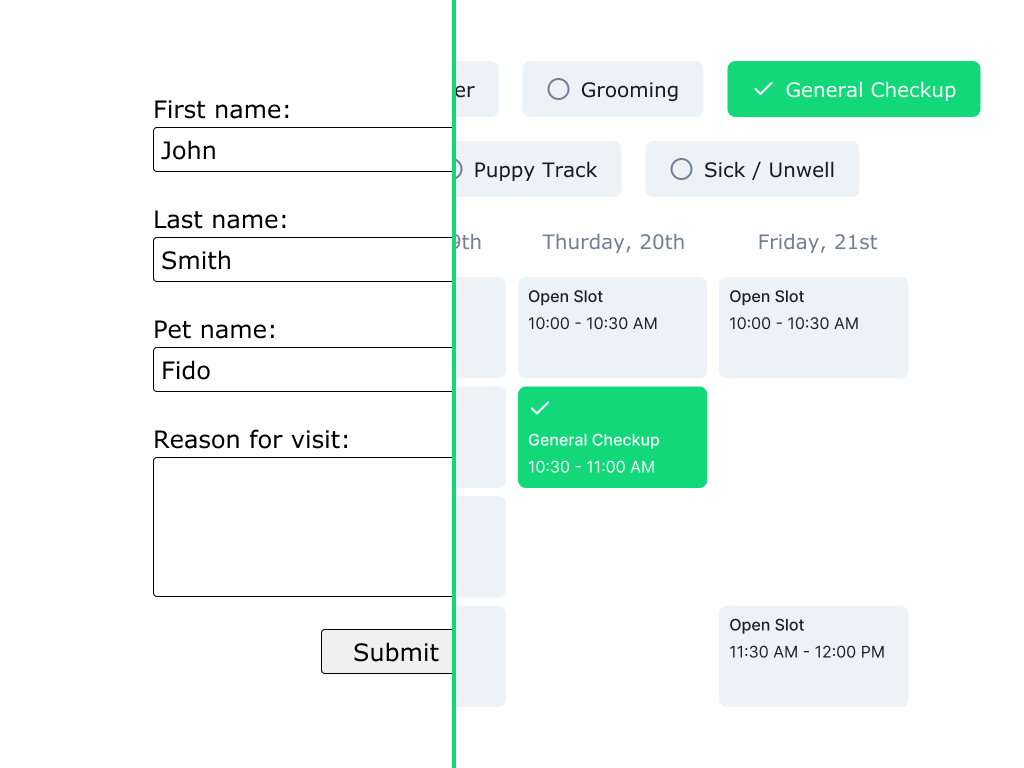 Switch in 19 minutes or less

You shouldn't have to feel weird about automating your scheduling process. Switch to Chckup and people will be complimenting you on the scheduling experience. It's the scheduling tool both you and pet parents will love.

Checklist to help you migrate

Help from the founders if you get stuck 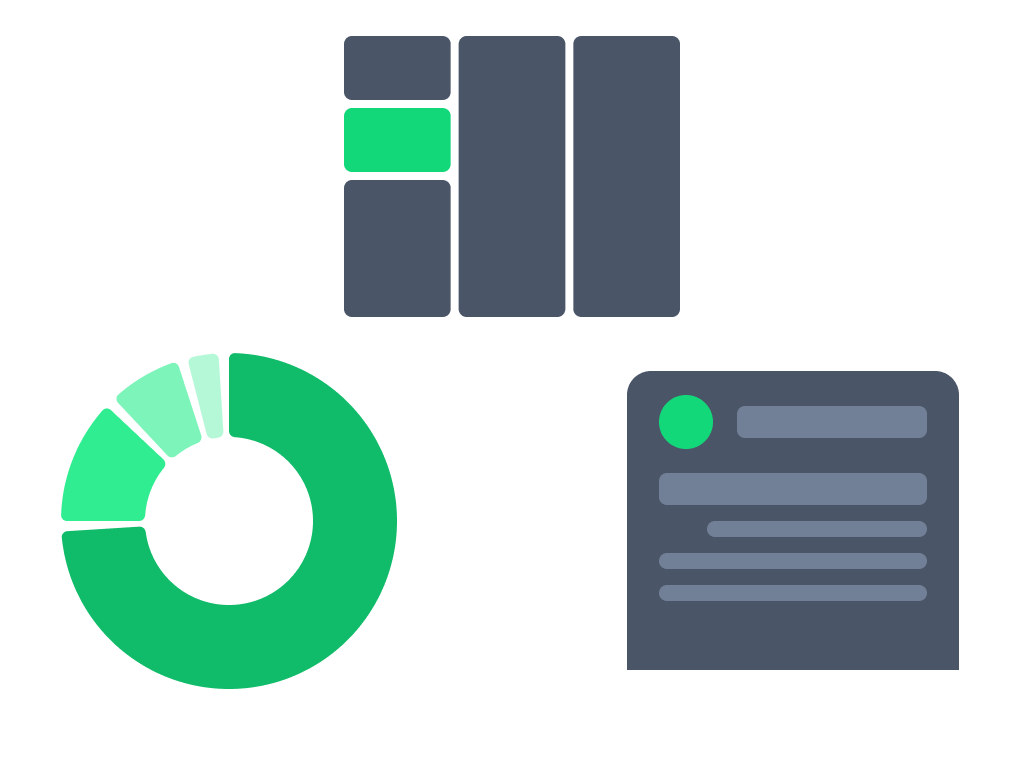